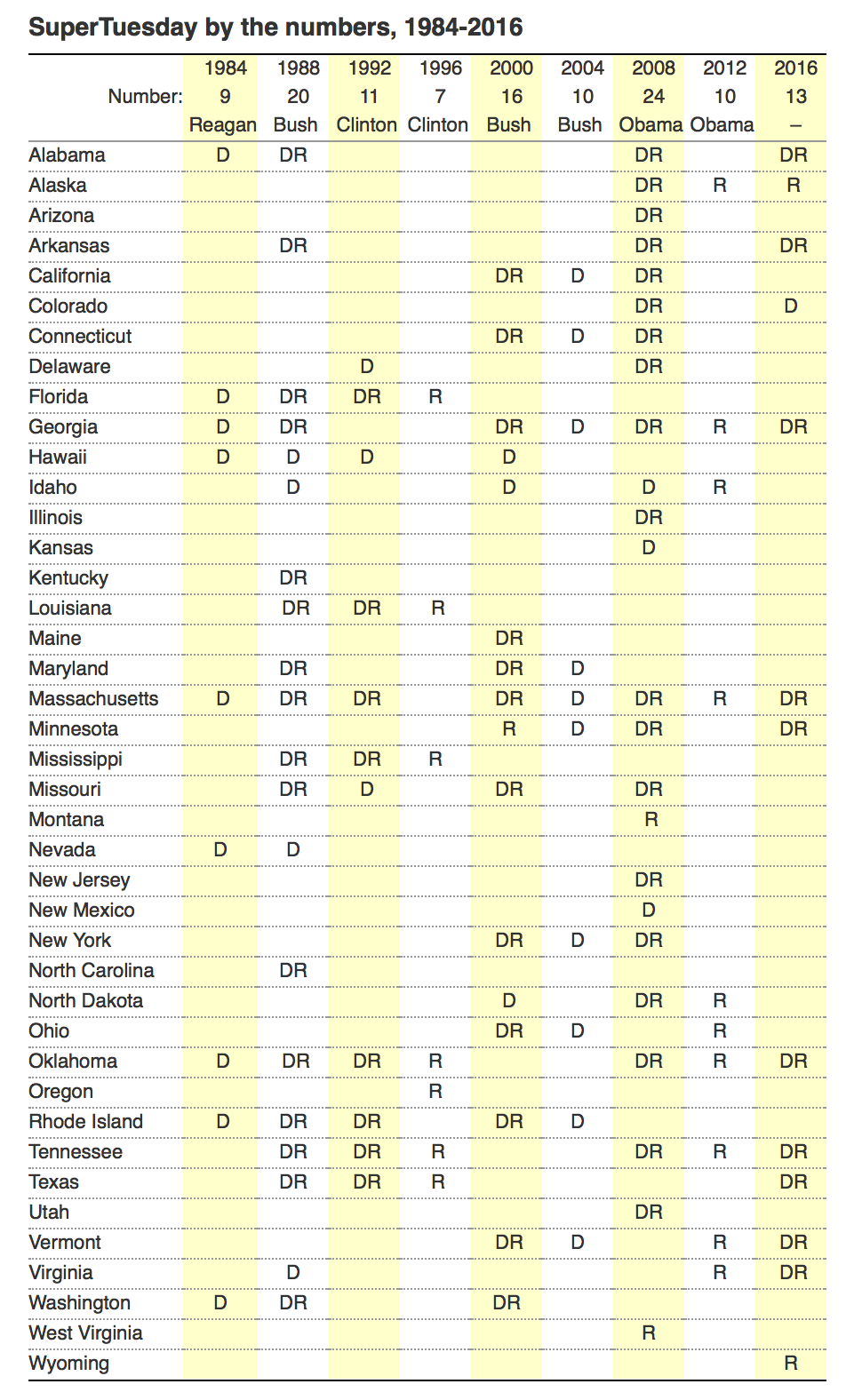 Just how “super” is Super Tuesday? That depends. Details are in the hands of state legislators and governors coupled with political party bylaws. It matters if the president is running for re-election unopposed.

In 2000, this is how The Guardian described the process:

Super Tuesday 2000 accomplished exactly what the fixers designed it to do, by enabling the two party establishment favourites to rack up emphatic wins in yesterday’s contests which effectively end their respective challengers’ hopes (emphasis added).

In 1980, three southern states coordinated their primaries: Alabama, Florida, Georgia. Most analysts dub 1984, with its nine concurrent events, as the birth of Super Tuesday.

In 2016, Super Tuesday has been dubbed the SEC primary. That’s because five of the nine states holding primaries on March 1 belong to the Southeastern Conference (college) sports league, best known for football. However, there are 12 southern states with SEC-affiliated universities, and 13 states participating on March 1, so the label stretches the point.

The 2016 SuperTuesday is relatively wimpy for an open shot at the WhiteHouse. And it’s not very representative of the deep south. It’s missing Florida, Kentucky, Louisiana, Mississippi, North Carolina, and South Carolina.

The 2016 SuperTuesday electoral college count is 139 of 540. There is only one big ticket state, Texas (38 electoral votes). The other double-digit states are Georgia (16), Massachusetts (11) and Virginia (13). Of these four, only Virginia could be considered a swing state in November.

Some states have caucuses; others have primaries. At least one state, Washington, has both. For March 1, 2016:

There are nine states that have never been part of a Super Tuesday. Iowa and New Hampshire are on the list, naturally, since each is first in their respective category (caucus and primary).